i’ve been admiring this view for quite some time now. if any of you know me, and/ or my work, then you’ve seen countless images of this mountain. i just can’t get enough of it.

i think Elle is under the impression that i might try to name our firstborn son (or daughter for that matter) squaretop slaton. that’s not the case… entirely.

but just as the title of this post suggests, i am a little obsessed with this giant slab of granite. at least photographically.

and for those of you that might be curious to know… yes, every single photo in this post has the distinctive profile of squaretop in it, except one.

so we woke up in my favorite campsite again… this time with some nice, dramatic clouds over the winds. 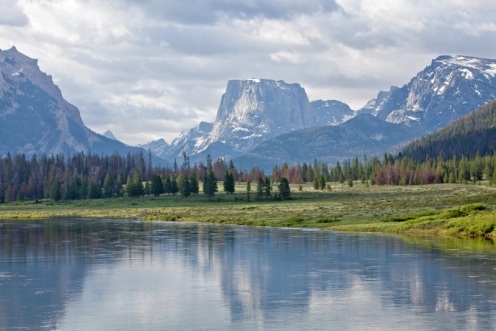 the green river was running high but glassy.

so we set off, with the handsome mountain (as i often call it) as our prize in the distance.

squaretop from the upper lake with an afternoon shower imminent.

the green was overflowing it’s banks at beaver park. 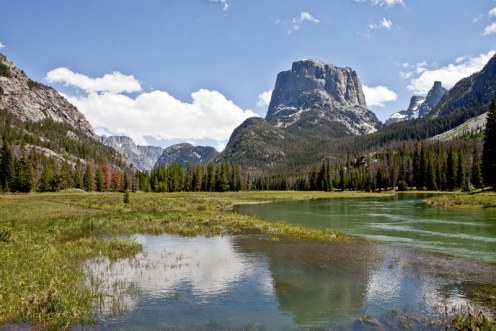 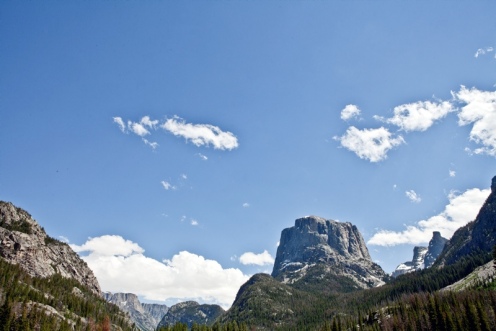 we set up camp very near the base of the mountain. the whole time, i was looking for just the right spot to shoot a star picture that night… think we find the right place… but i would have to wade out into the frigid overflowed green to get the shot i wanted.

the moon was out and slowly moving it’s way right over the plateau of squaretop. 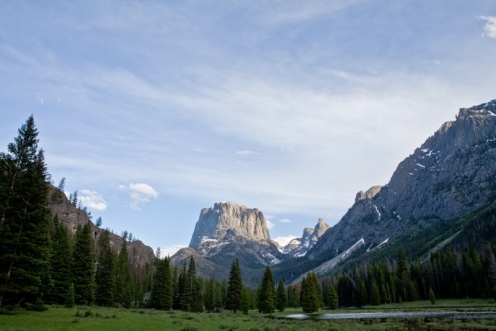 it was a spectacular sunset. couldn’t have asked for a prettier evening to spend with my best friend. 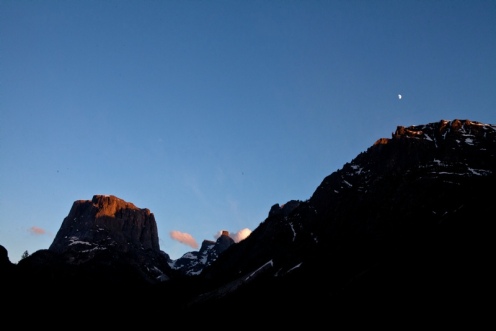 elle and i sat by the fire, under the light of the moon and talked about everything.

i really am lucky… my wife really is my best friend.

squaretop is only a lagging second. 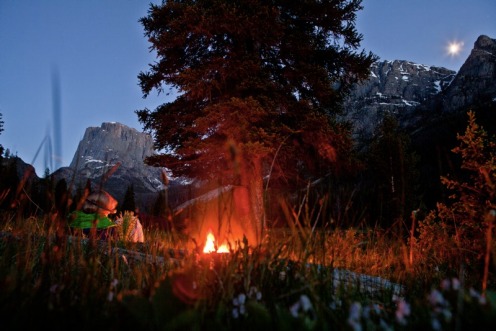 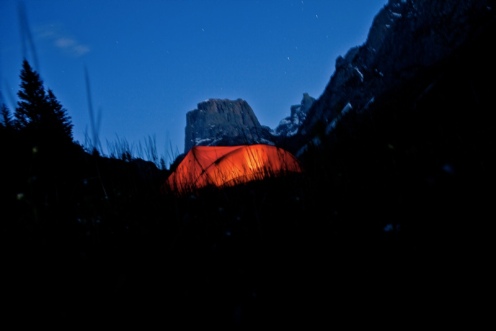 and then, as elle fell asleep, i trudged out into the barely-above-freezing river, and planted my tripod for this 30 minute exposure.

it’s one of my favorites from the whole trip. that’s a pretty good looking model… i couldn’t have screwed that shot up if i tried!! 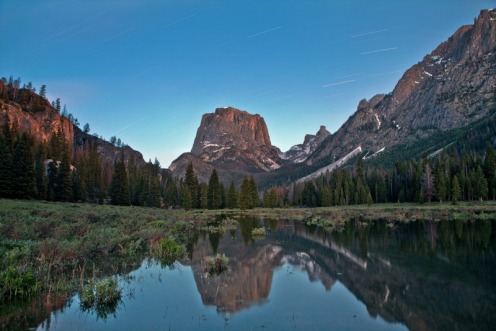 i guess i just like it all. like i said, i’ll never get sick of photographing the work of art that is squaretop.

we just had to get one last photo with our friend.

sort of felt like an awkward family photo with a shy uncle that just kind of hangs in the back of the photo not really connecting with anyone, unsure of whether he’s even in the shot or not, deer-in-headlights look on his face, and no one that’s actually in the shot smiling, even realizes he’s back there. you know?

but we knew. and if we had had big enough arms, we would have gladly pulled him in close and included him.