I went backpacking for a few days out here. It’s so refreshing to strap everything you need to your back and just start walking. Letting the trail lead you where it will. Even in the heat, mosquitos, and all the critters (snakes, alligators, bears, panthers, etc.), I never regret one minute in the wild. #backpacker #backpackerlife #nomadlife #onthetrail #visitflorida #pureflorida #floridaexplored #florida #wildflorida
Twelve years. Seven of them on the road in a 150 sq ft trailer. So many ups and downs, near death experiences, lows I never thought we could reach, and the highs that usually preceded. I can’t think of anyone else on this planet that I’d rather do it all with… when we said forever, we meant it. Good, bad, rich, poor, sick, healthy, we’ve already seen so much. It ain’t over yet, and it’s gonna continue to be a helluva ride! We’ve still got lots to see and a whole lot more work to do…. But as for today… HAPPY ANNIVERSARY!!

I am in constant pursuit of the perfect image.  A story told through the capture of a singular moment in time.  Sometimes the pursuit is brought about by clients who hire me to go tell their story, and other times it’s a personal quest.  Either way the goal remans the same, and the lengths to which I will go know no end.

A beam of sunlight breaks through the morning clouds in Kajo Keji.

This trip for Seed Effect went as follows: DFW to AMS to KGL to EBB to Kajjansi to RUA to Nimule to Kajo Keji to RUA to Kajjansi to EBB to AMS and finally back to DFW.  11 legs and 48 hours of travel each way to capture a story that is as old as the earth; the human struggle and God’s unfailing love.

And on this trip it occurred to me the amazing parallel that was happening. I was quite literally traveling to the far reaches of the earth to capture stories of God moving heaven and earth to pursue His people everywhere.  The LORD has given us all the privilege of being His hands and feet.  He has given each one of us very different gifts… in so many different capacities.  But the fact remains; God pursues His people relentlessly.  And sometimes we get to see it first hand.

Surely your goodness and unfailing love will pursue me all the days of my life, and I will live in the house of the Lord forever.  Psalm 23:6

Lily Lawa Isaac quietly prays. Last time we saw Lily, she was pregnant and enjoying the modest success of her business. Her daughter is now over a year old and healthy.

God never promises that we will not experience horrible trouble on this earth.  But He does promise us a hope in the midst of trials and hardships.

For I know the plans I have for you,” declares the Lord, “plans to prosper you and not to harm you, plans to give you hope and a future.  Jeremiah 29:11

Local neighbor children watch as a Seed Effect loan group meets to encourage one another with scripture and fellowship. These meetings have a direct impact on their surrounding communities.

Atem Anthony is already finding much success with his businesses. With his profits, he recently bought a home and is now renting it out. 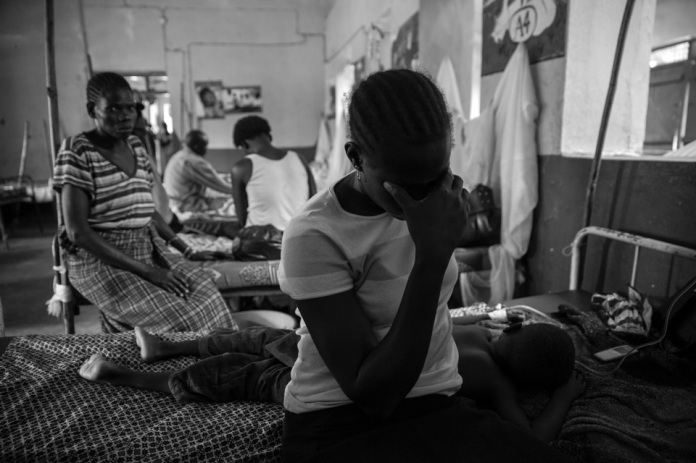 We visited a client in the hospital with her son suffering from malaria. She was distressed but not hopeless.

The people we met in South Sudan are a part of this amazing story about the God of the universe pursuing His people.  We met countless Seed Effect clients whose stories are difficult and heartbreaking.  But the ones who have encountered Jesus all had the same hope.  Hope in something much bigger than their circumstances.  Living water for all of our souls.

Emmanuel has polio. In spite of being nearly crippled and having little control of his motor skills, Emmanuel has a profitable store and provides for his family.

But Emmanuel’s blessings don’t end on the surface… God is meeting his deepest needs for companionship. Even though he would generally be considered an outcast for his afflictions, he has a large group of friends and just got married earlier this year. 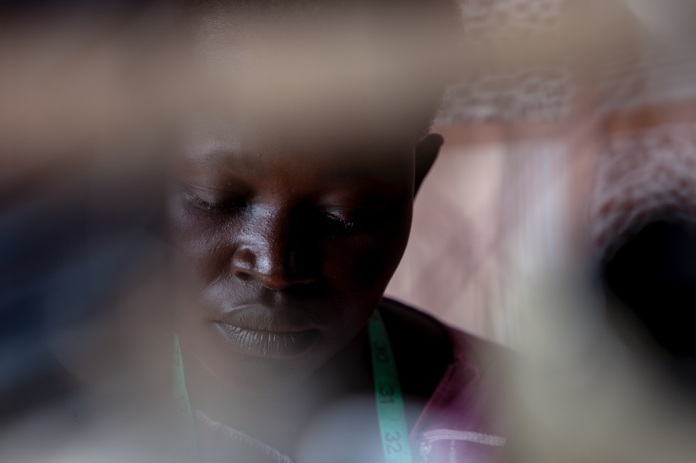 Christine has a sewing business in Wudu market in Kajo Keji. She used to be muslim but now she trusts in Jesus Christ. She is still grieving the death of her mother.

Toban Francis is a butcher in Kajo Keji. He has used his Seed Effect loans to grow into several new business ventures.

Please pray for Christine as she moves through this difficult season of life, struggling with her mother’s untimely death.

This is Beatriz’s son. We met Beatriz in a tiny stall in Wudu market 18 months ago. She was selling beans and a few other small perishables. This year, she owns her own beautiful restaurant, supporting her children.

Selena Guo is one of Seed Effect’s most successful clients. She owns three stores now and has put several of her children through school. Dagula is her eldest who is about to earn his diploma from university. 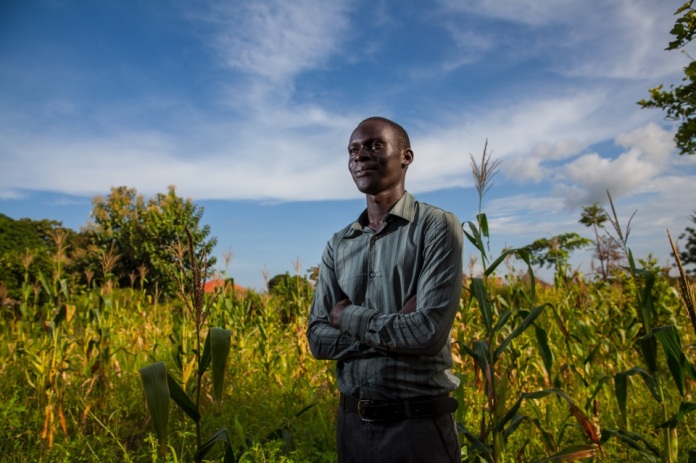 Dagula is the first generation direct recipient of the benefits of micro finance. He soon will have his degree in accounting.

Selena’s second eldest son will be the next in line to receive an education from the profits of her businesses.

One of Selena’s neighborhood children.

Mikaya Aloro is proud of his new store. He is thankful for Seed Effect giving him the ability to keep all of his goods in stock for his customers.

New Seed Effect client and his son selling greens and onions under a tree.

Helen Diko is a seamstress, but more, she is a leader in her community. She hosts education seminars put on by Seed Effect at her shop.

Her restaurant is small but this Kajo Keji Seed Effect client’s dreams are big.

The book of Hosea is beautiful analogy of this great love.  The ESV study bible says this…

Hosea depicts Israel’s unfaithfulness with a number of images from family and nature.  Israel is like: a promiscuous wife, an indifferent mother, an illegitimate child, an ungrateful son, a stubborn heifer, a silly dove, a luxuriant vine, and grapes in the wilderness.  Yet Israel’s unfaithfulness and obstinacy are not enough to exhaust God’s redeeming love that outstrips the human capacity to comprehend.

I am thankful to have the opportunity to take a very small part in this great love story.  And to see God’s pursuit of us every day in my own life, and in the lives of people all over the world.  To Him be the glory!

Take your photography to a new level… check out my new workshop dates:
Grand Teton Photographic Tour/ Workshops 2014
More Destination Photo Tours/ Workshops 2014
If you are interested in licensing any of the images/ video from this post, please visit my stock agency:
Tandem Stills + Motion // andrew r. slaton
If you are interested in purchasing prints from this post, please check my prints for sale, or email me directly for a custom request:
andrew r. slaton // photographer // prints
For assignment work requests, please email me: andrew@andrewslatonphoto.com
Thanks for visiting AndrewSlatonBlog.com!
all images and content © ARS Media, LLC 2014

4 thoughts on “The Pursuit”